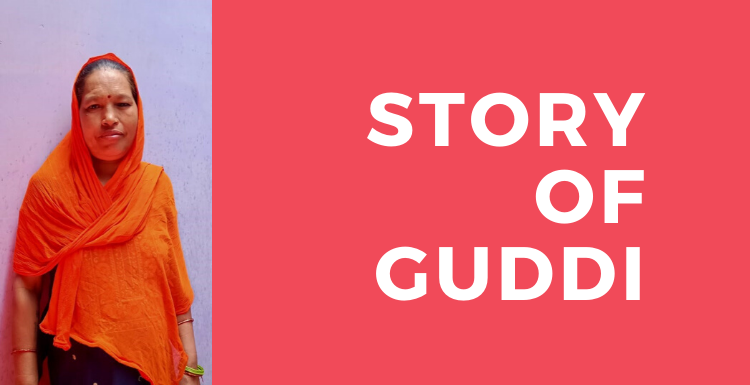 Guddi who lives in Mahandernagar slum with her family is a hard- working community leader. She works for the rights and entitlements of people with disability, widows, the elderly and other residents in the area.

On the 7th of April 2020 at 8 pm Guddi went with her neighbor to purchase vegetables. On her way she saw a woman (who had a psycho-social disorder) without clothes, on the side of the road.  A few policemen who were also standing there asked Guddi to help that woman and to get clothes for her. The police took Guddi on a bike to purchase clothes.

Meanwhile a rumor spread in the community that the police had arrested Guddi and had taken her to the police station. Her family also heard this rumor, but the neighbor who was out with Guddi explained to Guddi’s husband and the community what actually happened.

After getting the clothes for the woman, the police and Guddi went back to where she was. The woman initially didn’t want to get dressed but finally agreed.  Guddi was afraid to go near the woman because of the risk of Covid infection, but she put aside her fears and helped her get dressed.

The woman told Guddi that her family had rejected her and removed her from her home.  After she was dressed, she was taken back to her place by Guddi and the police.

People with disabilities are at a greater risk of neglect, abuse and of being infected with Corona.

Community Leader Guddi who provided clothing, treated the woman with dignity and reunited her with her family could be described as a COVID 19 warrior in Mahandernagar slum.

Partner with us,  Donate now