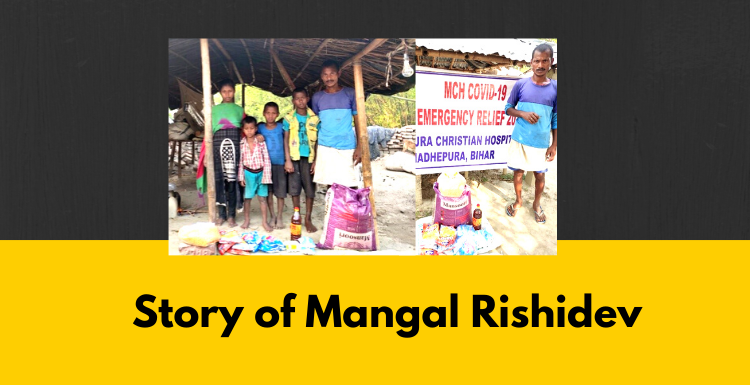 Mangal Rishidev is from a Mahadalit Musahar (very low caste group) family. Mangal is a migrant worker and used go to Delhi or Punjab to earn money to feed his family. He has four very young children; the eldest daughter is 13 years old.

Last year Mangal’s wife passed away, and because of this he stopped migrating to other states for work and started taking care of his children. He started working in nearby villages as a daily labourer.  Due to the lockdown situation, he lost his work and income, and this of course made his family much more vulnerable. They did receive some rice from the Public Distribution System, but that was not enough for them. In this situation, Mangal went to a moneylender to ask for money to feed his children. In order to repay the money with interest, Mangal and his eldest daughter decided to work for the moneylender in his field.

The emergency relief provided prevented Mangal and his children from the risk of becoming bonded laborers.

Partner with us,  Donate now