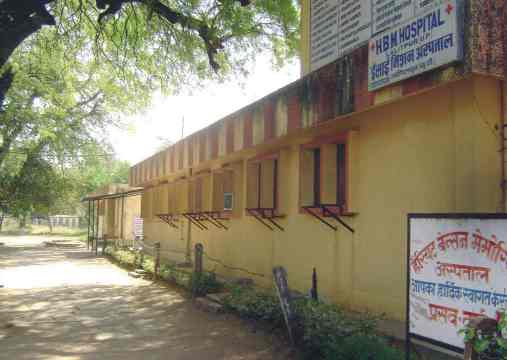 Harriet Benson Memorial Hospital was founded in 1940 by a missionary named Elizabeth Mercy Bacon in response to the mother & child health needs in the area. The 40 –beds hospital is located in the Bundelkhand region in Uttar Pradesh, and of fers hospi tal services -Obs tetrics & Gynaecology, Paediatrics, General Medicine, Palliative Care, and Ophthalmic services; and Community Health and development programs.

The fourth unit in the region, the HBM Hospital in Lalitpur, faced significant challenges in its administration of medical services, when a couple of incidences prompted the local government administration to grossly restrict their obstetric services – this had a direct impact on the income, which put them through a lot of hardship. Yet in the midst of their struggles, the sharing of resources and personnel by other units carried them through this difficult year, highlighting the essence of what EHA is. Work has begun in Lalitpur on a long-awaited new housing complex following the renovation of the outpatient facility. The Palliative care through the homebased care team is changing the lives of people with life-limiting diseases in a 50 km radius and is also impacting other EHA units through training and replication. The second year of drought led the HBM CHDP to respond through “cash for work” drought relief work in the villages and touched the lives of 399 families who would otherwise have had to migrate.

The SHARE project, run among those with mental illnesses in the district of Bijnor, has continued creditable work despite being almost unsupported – it is sincerely hoped that donors would be found to support and develop this effort. We together, look forward to what can be accomplished in the region through a more deliberate coordination, and targeted planning.

How to get there:
Travel by train from Delhi to Lalitpur by Shatabdi Express.